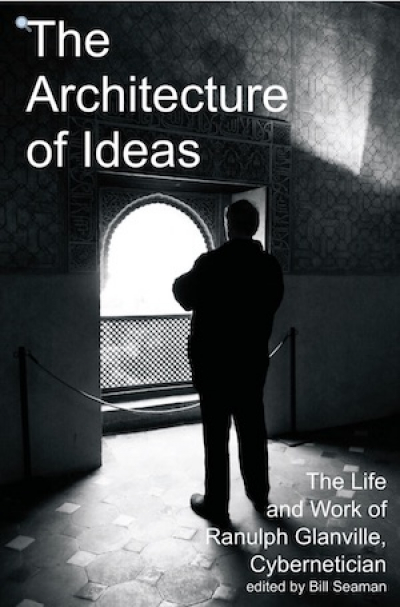 The Architecture of Ideas: The Life and Work of Ranulph Glanville, Cybernetician

Professor Bill Seaman’s new book, The Architecture of Ideas: The Life and Work of Ranulph Glanville, Cybernetician, was recently published by Imprint Academic. The Architecture of Ideas includes a text by Bill Seaman, the editor of this collection, called “Composing Composing,” which explores a number of Glanville’s texts in a pointed fashion. Late in his life Ranulph began to use the poetic term composer to be substituted for the term observer. “Composing Composing” is a “composed” conversation derived from some of the salient artifacts of thought that Ranulph has provided for us. It is derived in part from a close reading of The Black B∞x, a three-volume series, and other of Ranulph’s texts as well as the interview that is the heart of this book — “A Long Conversation.”

Glanville helped generate through conversation, publications, works of art, design, music, modes of teaching, and, in particular, his manner of addressing problem solving and creativity, a cybernetic way of coming to understand the world. Our ‘Long Conversation’ circles through these topics, sometimes returning to one or the other topic to further elucidate its finer points.