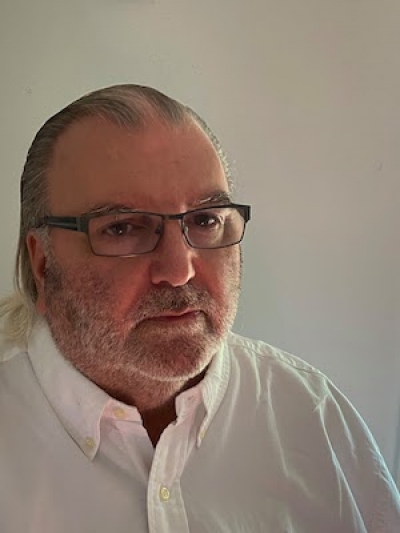 The award citation notes:
“Seaman has been interested in meaning production and has explored ideas around computational meta-meaning systems— systems that enable a user to become mindfully aware of how meaning is arising and changing through their interaction. He is deeply interested in new forms of computation, learning systems, the concept of creating an electrochemical computer, as well as the concept of Computational Creativity – both using the computer as a creative tool, as well as articulating the future of creative potentials as explored via computational devices – the creativity of creativity.
Seaman’s work often explores an expanded media-oriented poetics through various technological means — Recombinant Poetics. Such works often empower the combination and recombination of media elements and processes in interactive and generative works of art. He also produces linear videos to accompany his musical works.  Seaman enfolds image/music/text relations in these works, often creating all of the media elements and articulating the operative media-processes involved. He is self-taught as a musician/composer and often works with the Music Department’s PhD program at Duke. He initially explored experimental music via tape loops and layering processes in the 80’s, he now facilitates this compositional methodology using the computer, in particular using the audio program Ableton Live.”

Additional information can be found at:
https://www.siggraph.org/2021-distinguished-artist-award-for-lifetime-a…

The Department congratulates Professor Seaman on his lifetime achievement award!